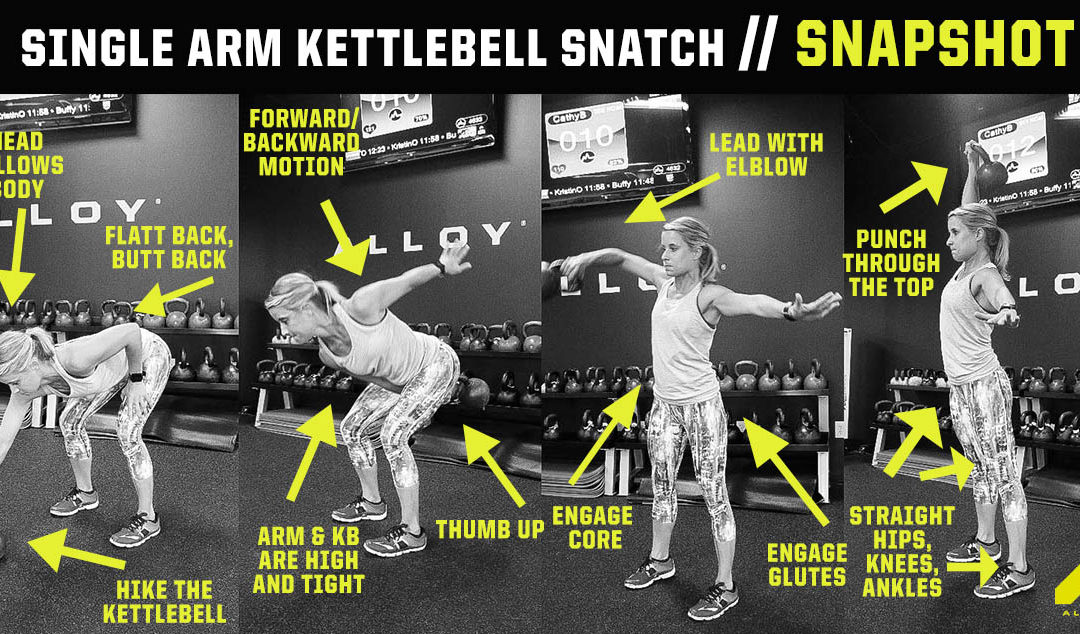 The kettlebell snatch is an awesome exercise that can help promote strength, power and conditioning. There are not many muscles that are not used during the kettlebell snatch – the quads, hips, glutes, core and hamstrings are all utilized, just like with the Kettlebell Swing.  But, unlike the swing, you get a little more muscle activation at the top of the body due to the fact that the kettlebell goes overhead. The shoulders, arms, mid-back and upper back get worked well during the movement.