Exercises You Should Be Doing- Stand Up Paddle Boarding

I thought I’d switch it up this time and feature an activity outside of the gym. I mean, what are we building all of those muscles for anyhow?!?

Stand up paddle boarding or SUP, is an activity that is exploding in popularity. Especially among the Hollywood folk…
I can best describe SUP as standing kayaking. The boards are larger and wider than traditional surf boards and surprisingly stable on flat water. Since we obviously don’t have much surf here in the ATL, I thought this may be the next best thing to hanging ten.
After a brief Internet search, I was able find someone in town who rents paddle boards and is active in the local surf community. Steve Combs, of Paddle Anywhere and active Surfrider Foundation member, was gracious enough to take me out for a short trip on Lake Lanier. Steve is a super cool guy and gave me just enough instruction (don’t fall in) to get me started.

We put in off of a dock on a cool morning before the boat traffic picked up. I really didn’t want to get wet so I was naturally cautious at first, but I soon realized that balancing was really not that difficult. Once we started paddling, it was very relaxing and easy to fall into some semblance of  rhythm.

Steve explained the sport of SUP and shared his experiences from races and surf trips around the world. He brings his inflatable board on surf trips and takes it out when conditions are not ideal. Check out his pics and you’ll see him surfing his SUP on some good sized waves in Nicaragua.

We paddled for 1.5-2 hours at a leisurely pace. I was near perfect when, for no particular reason, I fell over. I wish I could say that it was a huge cruiser that created a 4 foot wake and I almost hung on, but it was more like a brain fart and a trip to dork town, as I stumbled around and dumped. Steve was nice enough not to laugh out loud and even empathized with me as my sunglasses sank to Davey Jones locker.

As far as the workout from SUP, it was all about core. There is not a ton of movement from the midsection (which is good), but you have to use loads of stabilization. Once again, another example of how the core doesn’t necessarily create movement, it prevents it. Granted, we poked along because of me. If we had gone at Steve’s normal pace, it would have been a pretty tough workout. I’m sure racing one of these suckers for distance would be brutal. Also, I love the fact that you can stand up. You guys know that we all spend too much time sitting and SUP gets you back on your feet where you belong.

If you are looking for something new, I highly recommend giving Steve a shout and giving it a try. SUP is easy to do, can be done on nearly any type of water (rivers included) and is a pretty good workout. A win, win, win in my book.

For more on SUP check out: 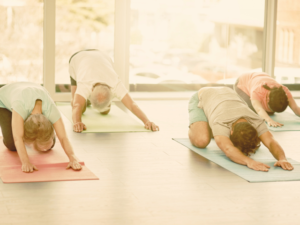 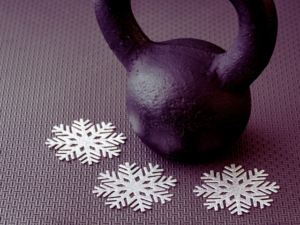 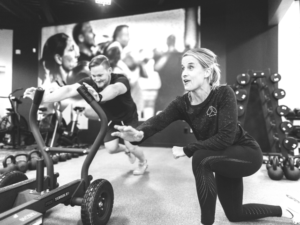