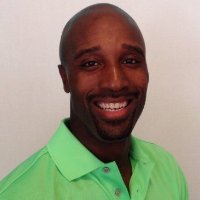 In life, we often have two choices: left or right, white bread or wheat, Clinton or Trump. But, if you want to live a healthier life, you can’t choose one of two options; you have to make two choices – eating healthy and focusing on an exercise program.

The problem is: when someone makes sudden, drastic changes in two major areas of their life, it can set them up for failure.

This is how is often goes: you eagerly begin an extreme diet – on a Monday, of course, because no real diet starts on any other day of the week. You make it to the end of one week, even though you tell yourself that you hate every change that you’ve made. You know that what you are doing is good for you, but the changes are extreme from what you’re used to and food may seem boring, repetitive or just plain tasteless! The next week, you cave half way through and have a cheat meal – but you push through the lapse and finish the week, although not as well as the previous week. The following week, the wheels come completely off and you realize how much you hated the process and decide that dieting is just not for you – so you give up. Sound familiar?

Similarly, you begin an exercise program that you were told would get you to your weight loss goal quick. Again, you put your best foot forward, push through your soreness and make it through week 1. The following week is a little tougher, as life gets in the way a little and you blow off one of your three scheduled workouts but promise to make it to the gym four times next week to make up for it. The third week, you make it in only two out of four times and decide that it is a good idea to weigh yourself, since you have been doing somewhat OK in the gym. The scale gives you a reality check and your hopes of ever getting in better shape are dashed, so you resign to just going back to what you were doing before. What you were doing before was nothing, but at least you were never sore.

Instead of a drastic diet, you need to just take a look at what you eat on a daily basis and see where you can make better choices. Then, look at what you drink each day and see where you can make some healthy changes. Sounds simple enough, right? Keep eating what you’re eating, but in smaller portions; then add in some more fruits and veggies and swap out some higher-fat proteins for leaner alternatives. As for what we drink – water is your best friend.

Instead of an extreme change in exercise, you may want to ease yourself into a workout regimen. If you are very sedentary then decide to suddenly go to the gym five days a week, you are likely to fail. You need to start with realistic goals, and surround yourself with a group of people who will support you. Accountability in an exercise program is also extremely helpful to most people.

Getting into better shape can feel as hopeless for many as deciding who to vote for in this year’s election. But, unlike the election, you actually have many options on the path to healthy living. The key is setting realistic goals and surrounding yourself with the best possible support staff to help you along the way!